Here’s how to recycle worn out stairs into a hunt club asset!

This last summer, we decided to replace steps on our outside stairs at our house. The boards were looking cracked and just plain used. Wouldn’t you agree?!

I removed them with a screw gun and pry bar. To replace the boards, I needed 40 inches wide steps using 2 x 6 boards. I had 26 steps. That is 52 boards and using 10 ft. 2 X 6’s, that equals 17.3 boards. You always want a little extra, about 10% according to what the experts say. So I bought 17 boards of 2 X 6 by 10 and one board 2 X 6 by 8. I know that isn’t 10% but I checked the boards pretty well when I picked them up so I didn’t want much extra expense. I also purchased screws. Disclosure: This post contains affiliate links for your convenience. Read my full disclosure policy here  for more details. As an Amazon Affiliate I earn from qualifying purchases.

Personally I love the star drive deck screws. I really can’t tell you how many phillips heads or square screw heads I have stripped. However, I hate the price of the star drive deck screws. It is like these things are made from gold.! I know the reason is that pressure treated boards have changed from an arsenic based CCA (Chromated Copper Arsenate) to an ACQ (Alkaline Copper Quaternary.) Many web sites will tell you the reasons that the boards’ preservatives have changed, so I won’t go into the details here. For a consumer like me, the bottom line is the price of screws has greatly increased. But I wanted the job done right, so I went with the expense.

Replacing steps isn’t really what this article is about though. It is really about what you do with the used boards that are left over. You can throw them out or you can find them another life.

I belong to a hunting club in South Carolina.

If I can find a use for the old boards that benefits the hunting club, then it is a win-win. After all, the hunt club doesn’t really care how old the boards look as long as they’re sturdy.

As it happens, there is a section of one of our paths that takes a very steep drop, going straight down a hill to a creek bottom. At the bottom of this slope is a small creek that has washed out on the down creek side. It has gotten worse over the years due to erosion. This isn’t due to 4 wheelers (basically because nobody felt safe going down the hill in the first place!) Just normal erosion. I would actually get off my 4 wheeler  when I went along this path because I didn’t feel safe trying to ride it to the other side.

A friend was able to get several telephone pole sections, about 14 feet sections. He only got 2 poles. However, we needed 3 beams to cross the creek. For the third post we used a pressure treated 4 X4 by 12 foot. Although, this might have worked, we decided to beef it up. So we purchased 3  2 X 6×12′ pressure treated boards and attached them.

We dug all three poles into the ground for stability and to make it easier to cross. We decided to make the first pole a  little higher to offset the direction of the slope that would make it easier for anyone coming down the hill. Then gradually flatten it out to the other side.

Recycle what you already have

The whole idea is to spend the least money possible and reuse as much wood as possible. The bridge cost around 50 bucks. Hopefully, it will keep a fellow hunters from getting wet or hurt.

I know it’s not pretty, but what do you think of our new SAFE bridge? Tell us in the comments how you have reused old lumber!

GET ACCESS TO ALL BEAU’S FILES AND RAMBLINGS BY FILLING OUT THE FORM BELOW! 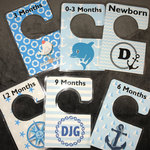 Success! Now check your email to confirm your subscription. The password to the library is happier -- copy and paste that into the resource library. Your email confirmation also contains this information.

This site uses Akismet to reduce spam. Learn how your comment data is processed.

Hi, I’m Audrey Gail, the crafty cookie lady. I am a  South Carolinian,  DIY crafter, blogger, and cookier.   I am delighted mother of 2 and grandmother to 4 amazing people!  Happily, I live my passion everyday,   crafting DIY projects and baking. You can read more about me here.

Check out my full disclosure here.

AudreyGail.com is a participant in the Amazon Services LLC Associates Program, an affiliate advertising program designed to provide a means for sites to earn advertising fees by advertising and linking to Amazon.com. Amazon and the Amazon logo are trademarks of Amazon.com, Inc. or its affiliates.  As an Amazon Associate I earn from qualifying purchases.